In my previous post on Nightingale Community Garden in Dinas Powys (April 2013), I described the completion of the garden and the first plants and seeds going into the soil. The garden is now flourishing and the first crops have been picked. 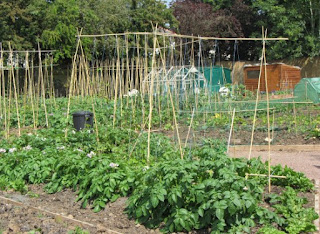 From the uniformity of marked out plots in April, a collection of distinct little gardens has emerged. Each local resident has stamped their own individuality on their patch of ground. Different gardening techniques are being deployed and a wide range of food plants are being grown. 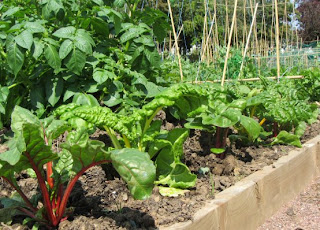 I have runner beans, potatoes, peas, chard (yellow and red), spinach, a couple of courgette plants, a couple of bull’s blood beetroot, rhubarb and strawberries on my plot. I have already harvested spinach, and my eldest had the first strawberry. Ok, I should have split those rhubarb crowns up a bit more before transplanting them! 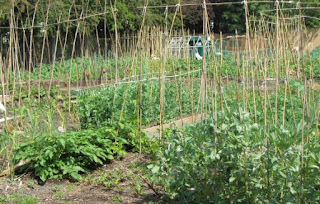 Runner beans and potatoes have been a popular choice to get the garden established. From certain angles the garden looks like a forest of bean poles. There’s a profusion of salad (lettuces, radish etc.), various brassicas (now covered due to pigeons!), broad beans and, amongst other things, sweetcorn, marrow, onions, garlic, tomatoes, beetroot, and herb gardens and flowers. 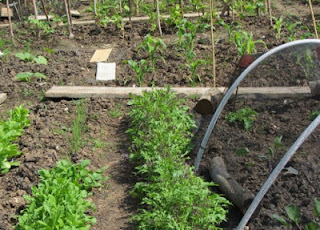 There are now two communal sheds and two greenhouses on site, and some well-tended deep beds. There is an area for wild flowers to attract beneficial insects. A large water tank is filled from a shed roof, while a mains tap and long hosepipe are available for watering. 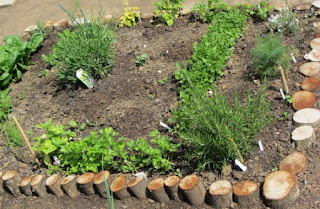 The project was set up with the help of Community Foodie (Creative Rural Communities), a Vale of Glamorgan Council initiative to promote local food production. A Steering Group of plotholders has been established, to make sure things continue to run smoothly. The area has been leased to Dinas Powys Resident's Association, who collect the rents (that will pay for water and other costs). There is an email mailing list and a Facebook page for correspondence and discussion. 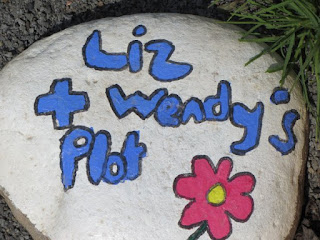 An area with a table and chairs has become a focus for socializing on sunny days.

A social event in the garden is planned for Saturday 14 September (12-4pm). All welcome.


Posted by Stephen Nottingham at 10:36